5 Important Lessons We Can Learn from President Barack Obama 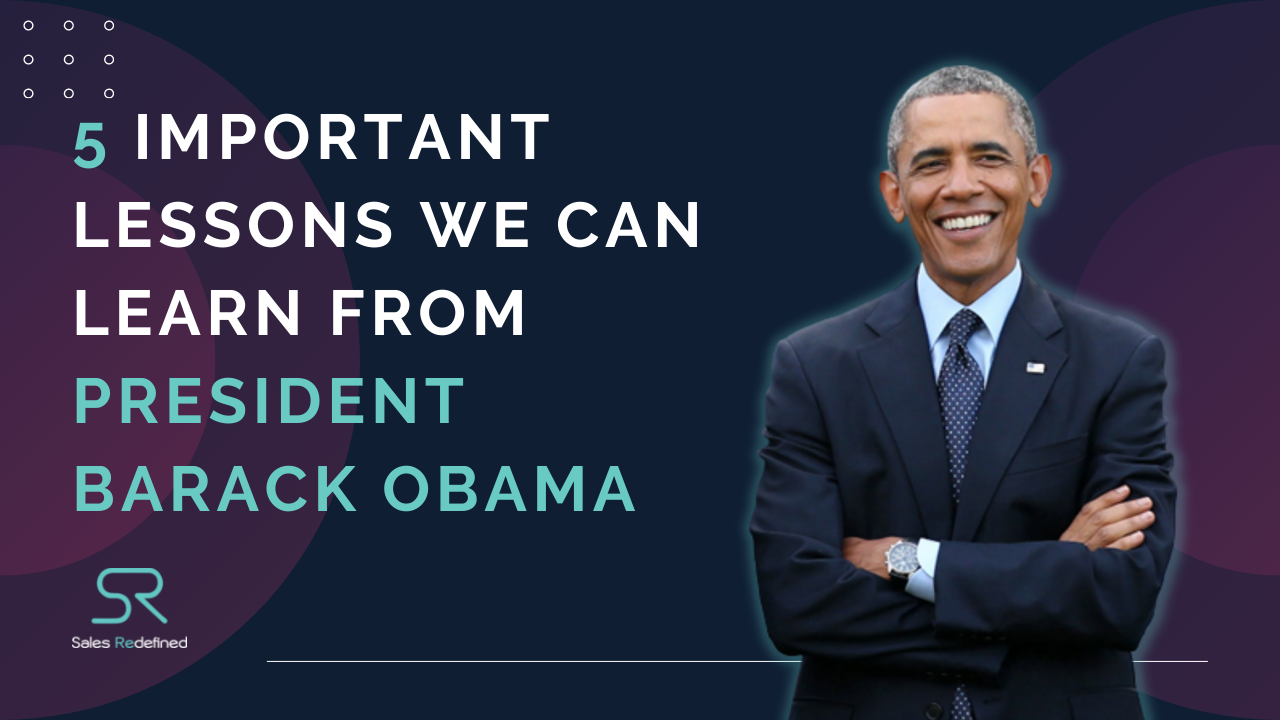 As salespeople, we don’t tend to look for inspiration and advice from global leaders, but after reading President Barack Obama’s memoir, A Promised Land, I challenged that notion. I identified 5 simple life hacks that will help you build resilience and tenacity and encourage you to play a high-performance game!

How can salespeople leverage this?

Think about how many options you provide your customers or prospects with? I once received a proposal with seven options, and the first thing I did was think hmm, I’ll look at it later. Did I ever look? No! As the old expression goes, a confused mind never buys.

Look at how you can simplify your sales process to make it as easy as possible for your prospects and customers to make decisions.

2. Barack was renowned for his pre-work exercise regime, usually a basketball game. Now, most of us say that we don’t have time, but I doubt many have a busier schedule than the former President. But Barack knew that he needed to be match fit to play a high-performance game!

What’s the research behind this?

Exercise can reduce stress, and sales is often a high-stress game. When stressed, we have difficulty focusing and thinking clearly. Exercise lowers cortisol levels (the stress hormone) and sweating; though it might not seem glamorous, it sure is helpful – releasing our favourite hormone – endorphins. Endorphins are the ones that help you relax after a hard day in sales.

If that wasn’t enough, consider this as we enter flu season; according to MedlinePlus, regular exercise helps flush bacteria out of the lungs and airways – reducing the risk of the common cold, flu, an illness.

Top tip: start small to build the habit, even if it’s just a 10-minute walk around the block.

3. Don’t wait for confidence to show up.

My good friend Julie Masters says, “confidence doesn’t show up until you do”. The moral to the story is never wait for confidence to arrive, or you’ll be waiting a damn long time.

The entire time he was writing his book, A Promised Land, Barack confessed that he had self-doubt and at least once a day would say, “nobody is going to want to read this” or “I could have phrased that better”.

We all have moments in sales where confidence and self-doubt pay us an unwanted visit. If the former President of the USA battles this, it’s safe to say most humans do too. Stare it in the face, and as Susan Jeffers says, “feel the fear and do it anyway”.

We all know sales is about putting yourself out there in the face of rejection every day, every week, every month, and every year.

Here’s the most common arena we are seeing sales shy away from – social selling and building a personal brand. This is now a critical part of high-performance sales, so if you’ve been avoiding that arena or others, here’s a word from Barack to inspire you into action:

“Put yourself out there, get in the arena, take your shot. It’s not gonna be perfect; you won’t get everything out of it that you want, but you will have more power than you understand if you just let it show and take some risks.”

Okay, throwing in another President for good measure and a quote which inspires me personally, Theodore Roosevelt:

“It is not the critic who counts; not the man who points out how the strong man stumbles or where the doer of deeds could have done them better. The credit belongs to the man who is actually in the arena, whose face is marred by dust and sweat and blood; who strives valiantly…”

As Brene Brown says, “If people aren’t also in the arena getting their ass kicked, then their opinion isn’t worth listening to”.

Time to channel your inner Gladiator!

5. Have a sense of humour

This is my favourite to finish with; Barack promotes having a sense of humour as a hack for success.

As we know, sales is like riding a rollercoaster, with extreme highs and sometimes crushing lows, and without a sense of humour, it can be quite an unpleasant ride.

Sometimes I’ve not known whether to laugh or cry in sales, but I laugh if in doubt.

We love sharing our high-performance sales and SMarketing insights with you. Here are 3 things we would be grateful for and would make us smile (or laugh!):